Krakbau Spółka Akcyjna, with its registered office in Cracow on ul. Hamernia 50, is the legal successor of Przedsiębiorstwo Handlowo-Produkcyjne “Krakbau” Sp. z o.o. founded in March 1990. It is a private enterprise with 100 percent Polish equity. The company was founded by Mr Jerzy Maria Kaliski, who has been the President of the Management Board since 1990.

Mr Jerzy Maria Kaliski graduated from Cracow University of Technology (specialism: steel structures) and completed doctoral studies in organisation and management. After graduation, from 1969 to 1990 he worked at Przedsiębiorstwo Budownictwa Przemysłowego “Chemobudowa-Kraków”, where he was the General Director between 1980 and 1990. During that time, Chemobudowa Kraków was part of the largest construction enterprises and employed over 5,500 people, including 50% at construction sites outside of Poland.

Since 1990, Krakbau S.A. has conducted construction activities in Poland, Denmark, Spain, Italy, Sweden, France and Germany. In 1992, Krakbau S.A. established the German branch office in Frankfurt am Main, and in 2009 the French branch in Toulouse (closed in 2012). In 2016, the Danish branch located in Copenhagen started its activities.

By combining the broad experience of our team with the long-lasting traditions of the company, Krakbau specialised in general, tunnel, offshore and bridge construction, as well as in the erection of industrial scaffoldings and in electrical works.

In 2011, the company was awarded the Eagle of Polish Business (Orzeł Polskiego Biznesu), granted by the Lech Wałęsa Institute Foundation.

The company is a member of the Galician Construction Chamber and CICA (Confederation of International Contractors’ Associations).

The company holds the following certificates: 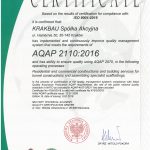 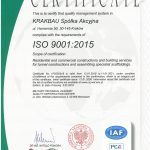 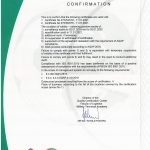 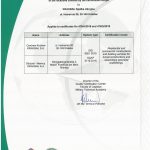 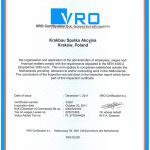 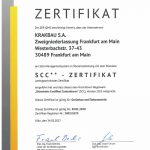 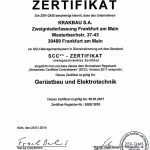 We invite investors interested in solid execution and willing to meet a reliable partner in: